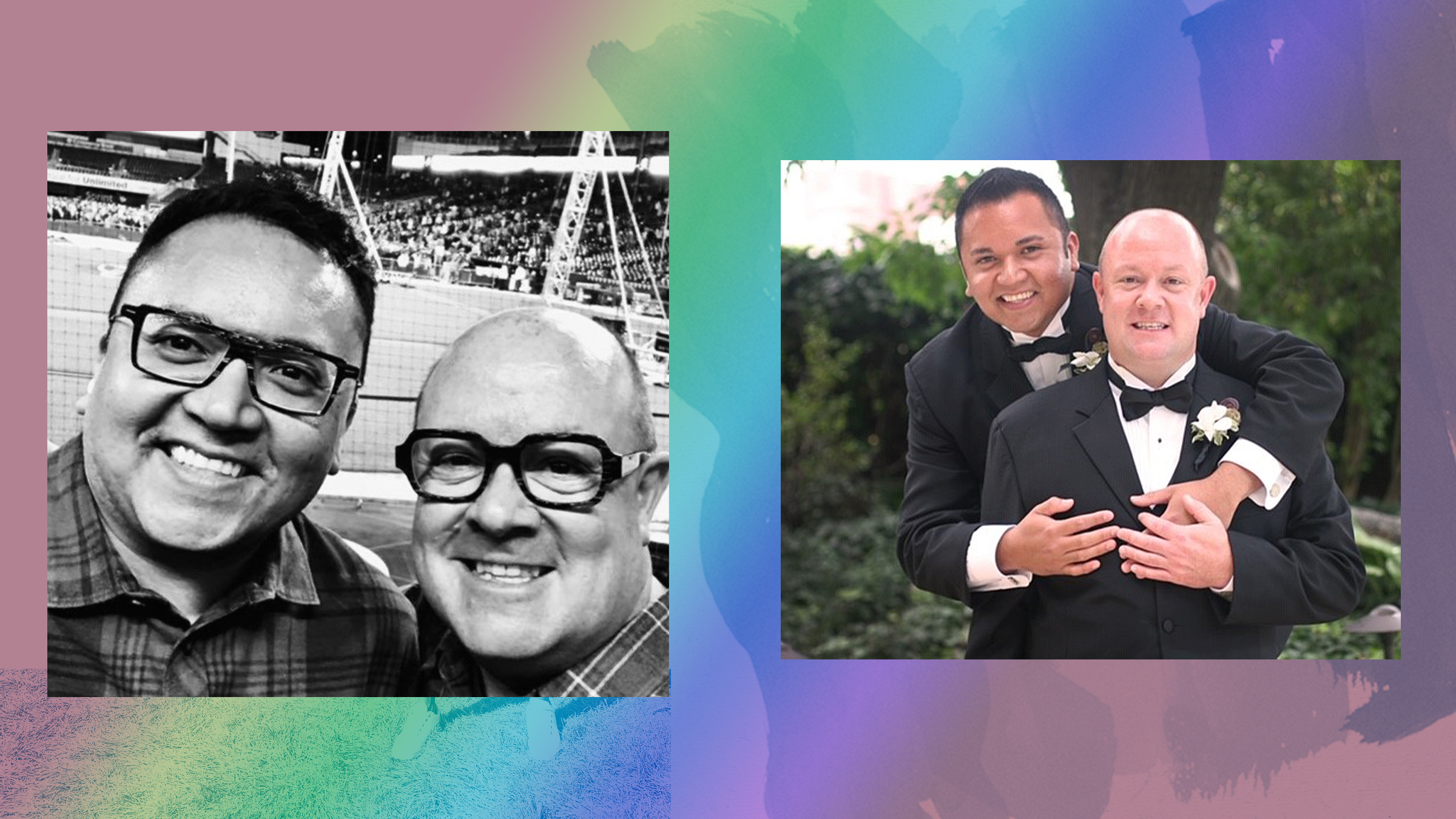 Love Is For Everyone – Pride Month Series

At certain points in your life, you come across those people that you instantly gravitate toward. Their energy is unequivocally good, positive, and you naturally know that you are in good company the moment they arrive.

Darren is one of those people.

Walking into our quarterly Manager Meetings, you know exactly where he is because he always has a group of people around him, smiling, typically exchanging hugs as they all get to their seats. Darren has worked for the Buckle for decades, and has become a leader that other teammates and managers alike turn to, learn from, and grow in the company of.

This is his Pride story.

I started with the Buckle in January of 1986.  At this time, I was not out.  I was just finishing high school and starting college as I became a leader in store 10, Salina, KS.  I was far from confident in who I was at this time.  By my second year of college, at the age of 20, I truly realized who I was.  I fell in love with someone for the first time in my life.

At this point my closest friends began to hear that I was gay.  In the next year of my life I came out to many friends.  Some of them embraced it and some of them rejected me.  My manager at the time was very accepting.  But she did caution me that I couldn’t be open in the company.  This was a tough thing for me to hear.

As time went on my store got a District Manager, Kari Smith.  We were her first store to work with.  In my time with Kari, I saw someone who not only believed in me, but accepted me for who I was.  And as my role grew to store Manager in Salina, I became more confident in myself and in being myself within the organization.  Through the years I learned that the Buckle was very accepting of who I was.  I have made so many special friendships through the years, including my best friend Scott.

And at the age of 40, a teammate introduced me to my future husband, Oscar.  When I started, I never dreamt I would ever be married (it wasn’t legal then) but we did marry.  In front of 300 people.  And many of those people were from the Buckle.  As the years have passed I have found myself being someone that other gay people can come to and open up to.  Many people actually came out to me.   After my marriage I have found joy in people seeing that we are a married couple like any other.  We love each other and we are a great balance to one another.

At the age of 18, when I started, I definitely never dreamt I would be married but children were even further from my mind.  But I always wanted to be a Dad!   My husband and I are about 1 month away from adopting 3 brothers.  We have been foster parents for one year!  These boys have stolen my heart!  They have made me realize that our impact can go so much further than we even realize.  We talk about acceptance of all people, all cultures.  We talk about love is for anyone you want to love.  We have many couples we are with a lot.  So they see families with a Mommy and Daddy and two Daddies.  They have friends now that have gay parents.  They feel special that they get two Dads.  But when all is said and done, they just want love!  Through this entire process, my friends at the Buckle have supported us, embraced our kids, sent gifts and my District even had a big shower for us.

Love to you all,

I am PROUD - Pride Month Series