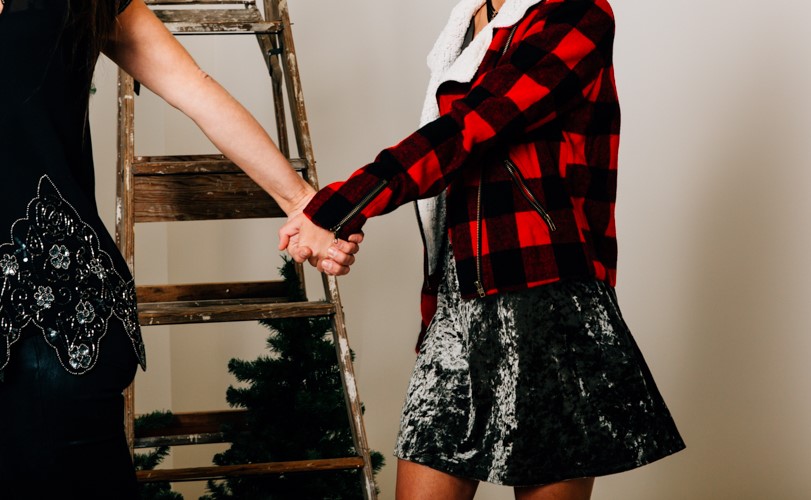 Dressember – One local chapter is making a difference.

Every thirty seconds, someone becomes a victim of modern-day slavery and sex trafficking. Among those, an estimated 55% are women and young girls.

It’s grown every year since, and now over $1.5 million dollars has been raised according to the Dressember homepage. 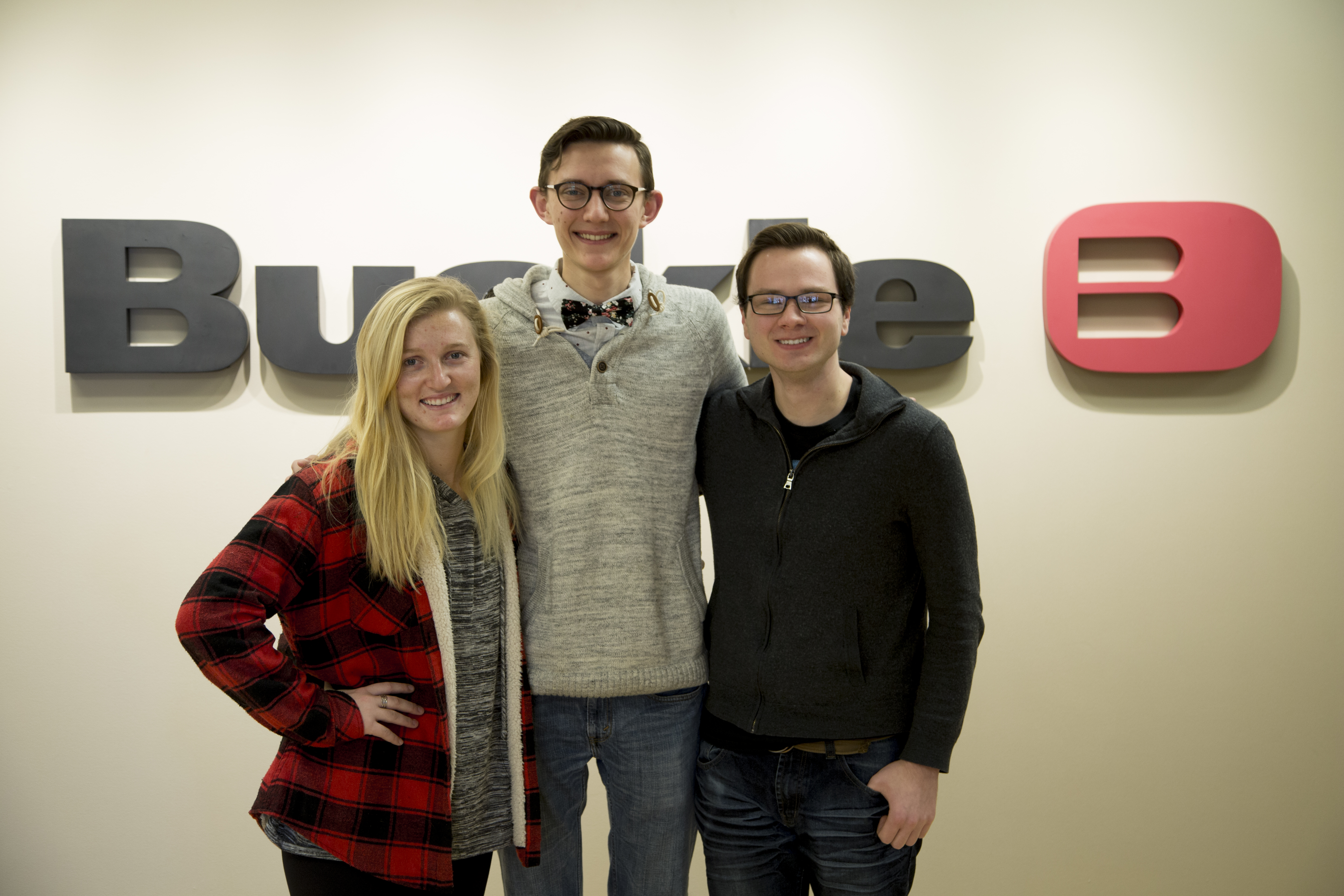 Those interns, Aaron and Jase, are part of the International Justice Mission on their campus, and came to Buckle with the idea of a video highlighting the Dressember mission featuring some of the young women participating. Our answer: a resounding yes. 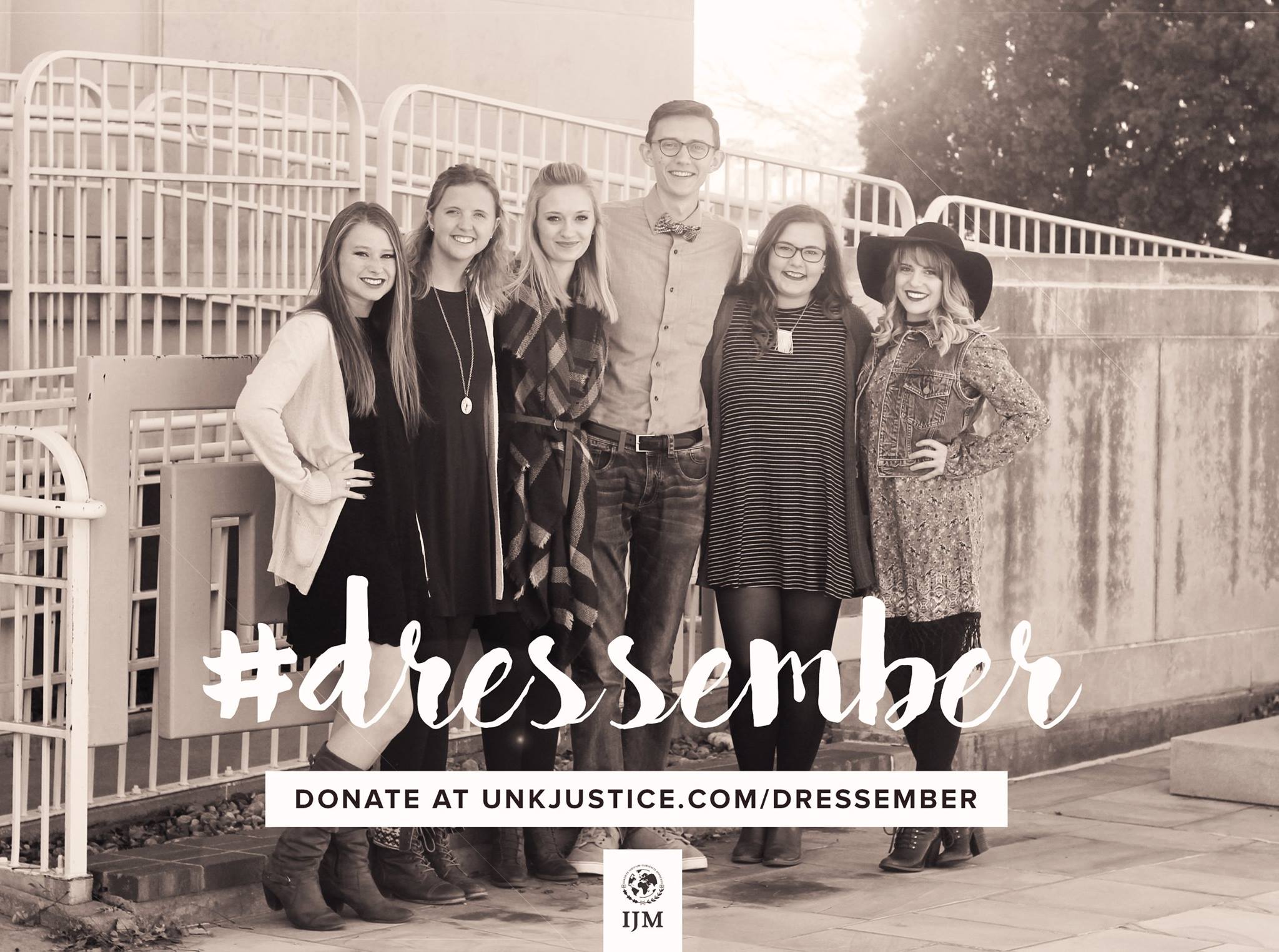 What inspired you to get involved?

Maddie: I have five sisters whom I love. I have countless other women in my life I care about. The women trapped in sex trafficking are people’s sisters, daughters and friends. They are treated like they are nothing, have their dignity stripped from them. It makes me feel helpless sometimes, but Dressember is a way I can make a difference.

Jessa: My friend Bella was involved in the mission first. She had such a good attitude, and I could tell it was a cause she really believed in so I got involved.

What were your thoughts while modeling for this video (in freezing Nebraska temperatures, IN A DRESS)?

Isabella: Wearing a dress is a small sacrifice. Wearing a dress during the month of December in Nebraska is a little bigger sacrifice. However, it’s nothing compared to those exposed to sexual exploitation. Wearing a dress for 31 days is just something small that I can do to raise awareness and funds to put an end to pain and abuse the victims of sex trafficking go through.

Where/What do donations go toward?

Jase: 85% of proceeds go to funding the campaigns of International Justice Mission and A21. These two human rights organizations actively seek out and bring an end to trafficking both internationally and here in the U.S. Thousands of victims have been rescued in their efforts.

Jase: I was intrigued by the innovative means of raising awareness. Dressember has offered a platform that allows creativity to be the avenue of change, to advocate change. Aaron and I are both involved on our campus I.J.M. and felt that forming a partnership with Buckle was a fantastic way to spur excitement toward the project on a larger scale.

Thank you to Buckle for allowing us to leverage the talent and resources of the marketing department to advocate for the voiceless and raise awareness for such a fantastic cause. The UNK I.J.M. chapter is grateful for such a partnership which will aid the deterrence of exploitation and slavery.

Buckle also wants to say a special thanks to all of those behind this video: 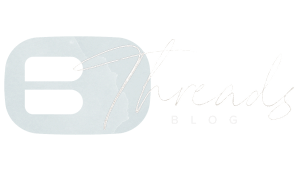