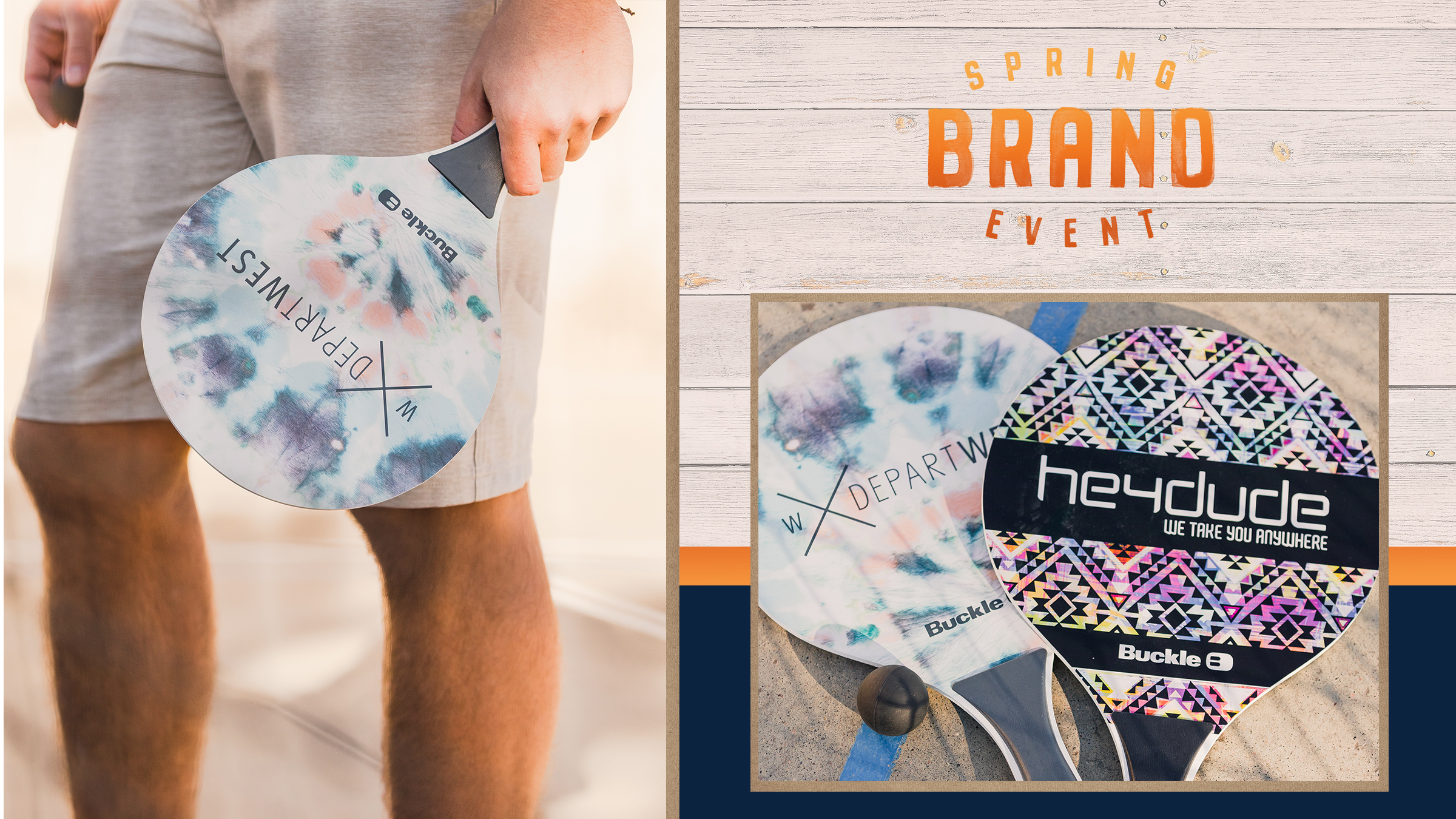 We are welcoming in spring with a bit of fun, and a few gifts that will help deliver on just that.

Our Spring Brand Event is going on now – complete with new arrivals from participating brands, and free gifts with purchase, including a paddle ball set.

So, lets refresh that seasonal wardrobe while getting outside and enjoying a little sun. New to the game? We have you covered. See below for a how to on getting started, and try not to let your competitive side get the best of you.

If playing with two players on each team:

Essentially, think of this as a combination of volleyball and ping pong. The goal is for the team members/players to volley the ball between each other with their paddles while standing equal distances between each other. If the team allows the ball to hit the ground (sand), or water – that team is out. The team that can continue their volley the longest without dropping the ball (literally) receives a point. Once a team gets to five total points, they win!

Another paddle ball game, would be circle game:

As the name of the game would suggest, all players would stand in a circle. But instead of constantly passing the ball between each other, the goal is to maintain a volley themselves a certain number of times before passing the ball onto another player using their paddle.

What happens if the ball falls and hits the sand or water? That player loses a point and the game is restarted with them. With the restart, the volley also restarts. So they would need to bounce the ball of their paddle two times before passing along to the next player to bounce three times, etc.

get your own paddle ball game with qualifying brand purchase!