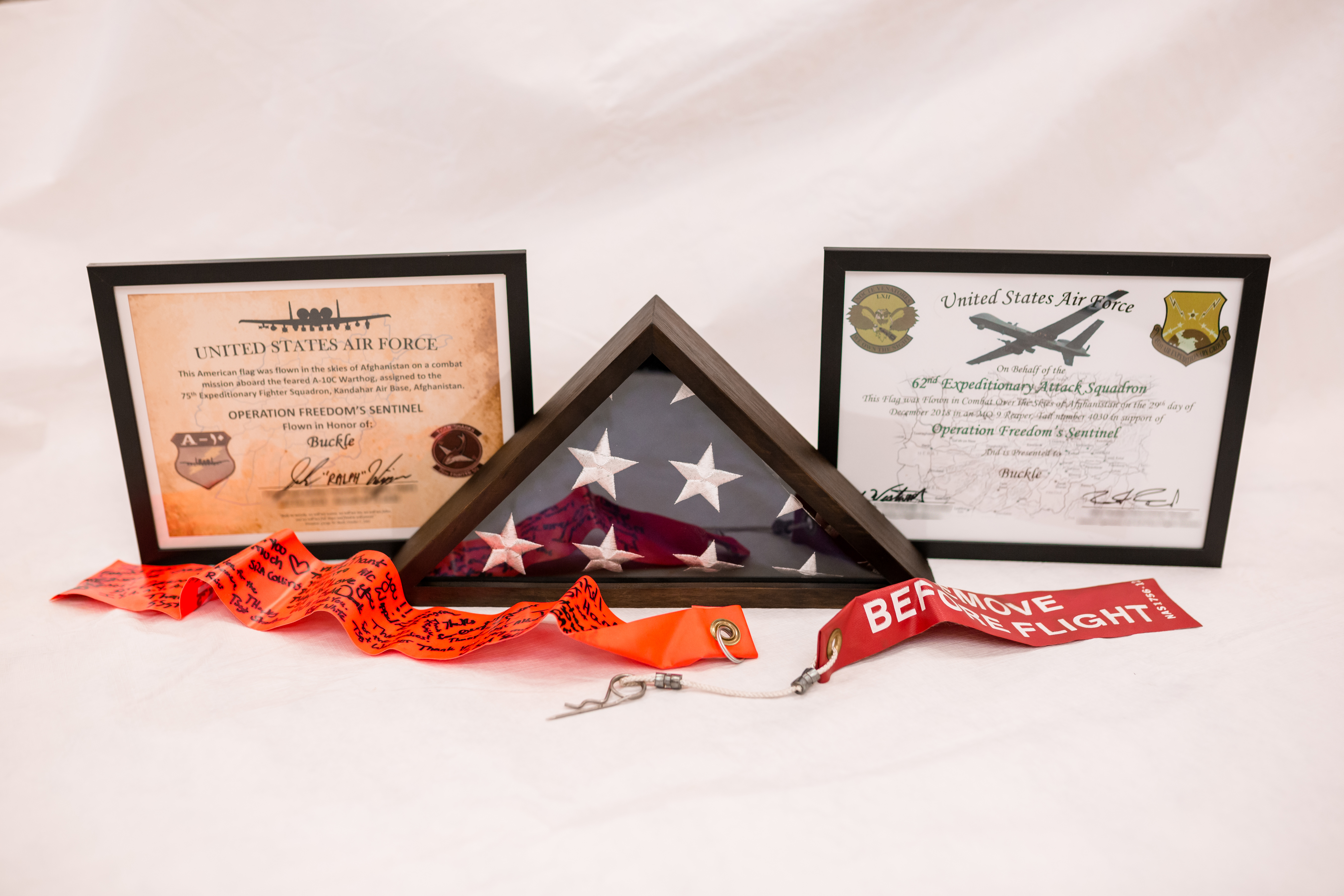 For almost a decade, Buckle’s Corporate Benevolence Committee has been sending care packages to military members stationed overseas during the holidays.

The care packages often go to troops with soldiers who have family members who work at Buckle – sometimes even to Buckle teammates who are deployed overseas. The care packages are filled with various goodies like snacks, candy, dice, cards, mini footballs, frisbees, and coozies. Hats, t-shirts and sunglasses from various brands sold at Buckle, and notes of kindness from teammates also fill the care packages.

The 451st Expeditionary Munitions Flight of the United States Air Force, stationed at Kandahar Air Base in Afghanistan, was one of the troops to receive care packages from Buckle. In return, they wanted to do something special to thank Buckle for its generosity.

Munitions Systems Technician, Aaron Reier, whose mother is an ecommerce teammate at Buckle, arranged for an American flag to be flown in Buckle’s honor, on two separate combat missions in Afghanistan, in support of Operation Freedom’s Sentinel.

Reier brought the flag home with him when he returned from his six-month deployment. His father and mother, Jim and Nancy Reier, presented the flag and certificates to Buckle.

“We do this because we value the service of our military men and women. We’ve always had many Buckle teammates impacted by a family member’s military service. We love doing this as our way of being of service to others and giving back,” says Deborah Mills, who leads Buckle’s efforts in sending military care packages each year.

Buckle salutes our military and shows our appreciation for their service every day of the year by offering a year-round 10% military discount to all active duty and veteran military members, spouses, and dependents.

Go to buckle.com/military to learn more or receive your military discount.

Everything You Need To Know About Tentree's Eco-Friendly Clothing